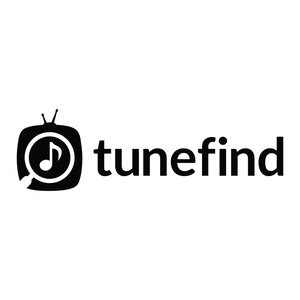 TuneFind: Where Fans Find the Music They Hear on Screen

It all started with two particular episodes of Scrubs and The West Wing. TuneFind mastermind Matt Garlinghouse was watching the shows at home and fell hard for some of the music he heard. “Both featured a song, and I didn’t know either of them,” he recalls. He did what anyone would: he searched online. “You expect the internet to have all the answers. I couldn’t find them.”

That inspired him to build TuneFind, the online world’s go-to destination for accurate, comprehensive information on what you hear on your favorite shows and in your favorite movies. Now with more than 2.2 million unique visitors monthly, the site has become a hub for fans of 780+ shows and another 780+ films. It’s also become increasingly popular with music supervisors eager to spread the word about emerging artists and new tracks they’ve discovered.

“From the beginning we decided to build a comprehensive site about music on TV,” says Garlinghouse. To do this, he knew he needed to gather information as widely as possible, not rely on a small handful of editors. But he also needed good and reliable information. He and his team of friends and active contributors came up with a system that helps users vet and boost accurate information.

TuneFind draws on crowdsourced and -rated data, as well as ingesting tv and movie metadata from other online databases and connecting song info to iTunes and other music services. Over its ten years, it has gained an active, knowledgeable following of dedicated super-users, as well as a strong relationship with supervisors, who often happily send the site info about a show’s soundtrack right as it airs.

“There were mostly fan sites at the beginning, so some specific shows had sites dedicated to that show. They had music only for that show, if they even bothered to include it,” explains Garlinghouse. “It seemed to me there needed to be a resource for all of those.  When you have all the songs, you can cross-reference. You can figure out what other shows have used that particular song.”

Yet the site does more than collate and corroborate data. It’s become a lively forum for TV- and film-loving music fans. “TuneFind has Q&A forums on every episode and movie page,” explains Amanda Byers, TuneFind’s managing director, one of Garlinghouse’s longtime collaborators on the site. “There is a ton of activity there, and we were the first site to have that capability focused on the music. It drove a lot of interest and usage of the site.”

Users will do more than converse or sort out a difference in data. They’ll coordinate reaching out to a production company or artist to find out what track they heard, or they’ll start a Twitter campaign to encourage a band to release a track that was featured in a show or movie, but not yet available to purchase or stream.

Thanks to this lively user base, the site eventually grew from a weekend passion project, a hobby worked on over brunch, to a major commercial undertaking. (The site’s business is built on advertising and affiliate sales.) Once TuneFind hit the million-user-per-month mark a couple of years ago, the site really took off. “Success has begotten success,” says Garlinghouse. “TuneFind’s community now has enough users to get the data quickly, which in turn gets you more users.”

This has led to great information about cult shows with smaller followings, as well as international expansion. “We now have international coverage for shows that are airing in Canada or UK but not in the US,” notes Byers. “Our userbase has grown enough to verify the data for a small-audience show, like some of the international closed captioned shows aired on Netflix.” Users also spend a notable amount of time on the site, clocking an average of 2:30 minutes’ interaction over 3 million monthly sessions.

This intense interest in finding, documenting, and correcting information about songs heard on screen has grown naturally, as television soundtracks have increasingly turned to pre-recorded tracks and more sophisticated approaches to storytelling. Their use of music has shaped shows’ more nuanced, complex storytelling, and vice versa.

The site also a boon for musicians, who often interact with fans on TuneFind. The site features artist pages, so users can find other tracks (and other placements) by the same artist. This is vital in an era when sync placements are leading drivers of music discovery. Long-form narrative shows and films have proven to be potent ways to find music that suits a listener’s personal tastes.

“People are experiencing a lot of new ways to find the next cool song they are excited about,” reflects Byers. “TuneFind is one of those ways. If you’re already hooked on a show and its characters and its vibe, that’s an amazing platform to launch from. You’ve got these fans who want to be exposed to new music, and your music aligns with their tastes.”

Love that song you just heard on your favorite TV show? Need to have it? Lucky for you, there’s TuneFind.

The leading site to find music that’s been featured in TV shows and movies, TuneFind has music listings for over 780 TV shows and another 780+ movies. Working directly with the Music Supervisors who select the music, composers, and our community of over 2 million super-fans each month, TuneFind compiles all the songs featured, including unreleased tracks, original score, and other hard-to-identify music. With over 10 years in the business, TuneFind is the top destination for fans, music licensors, artists, and labels interested in sync and soundtracks.